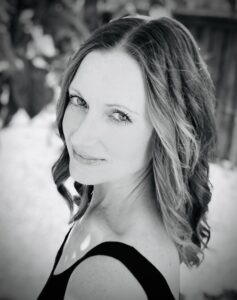 Holly Tolbert was born in Long Beach, California and received her training from Long Beach Ballet Arts Center under the direction of David Wilcox. She was the recipient of the Music Center Spotlight Award in ballet and was a finalist for the Emerging Young Artist Award. Holly continued her training year-round on full scholarship with Houston Ballet Academy and Pacific Northwest Ballet School as part of their Professional Division.

Holly joined Kansas City Ballet under the direction of William Whitener. While at Kansas City Ballet Holly had the opportunity to dance soloist and principal roles in classical ballets such as Giselle, Napoli, and The Nutcracker as well as in works by George Balanchine, Alonzo King, Twyla Tharp, Val Caniparoli, Merce Cunningham, and Todd Bolender. Holly later joined Oregon Ballet Theatre under the direction of Christopher Stowell. While at OBT Holly performed soloist and principal roles in works by William Forsythe, Jerome Robbins, Paul Taylor, Helgi Tomasson, Nicole Fonte, Christopher Wheeldon, Kent Stowell as well as in numerous ballets by George Balanchine. She was featured in Christopher Stowell’s Swan Lake, Sleeping Beauty, A Midsummer Night’s Dream,and Eyes on You.

Holly has been teaching ballet for 14 years in both Oregon and California. She has directed programs for young dancers and has choreographed full length productions. Holly has had students invited to attend Prix de Lausanne and has coached dancers for national competitions. Her former students are currently studying with ballet companies across the nation and are continuing to thrive as professional dancers. Holly is thrilled to be joining LDI and is looking forward to teaching ballet to all ages where she can share her love of ballet with the next generation!