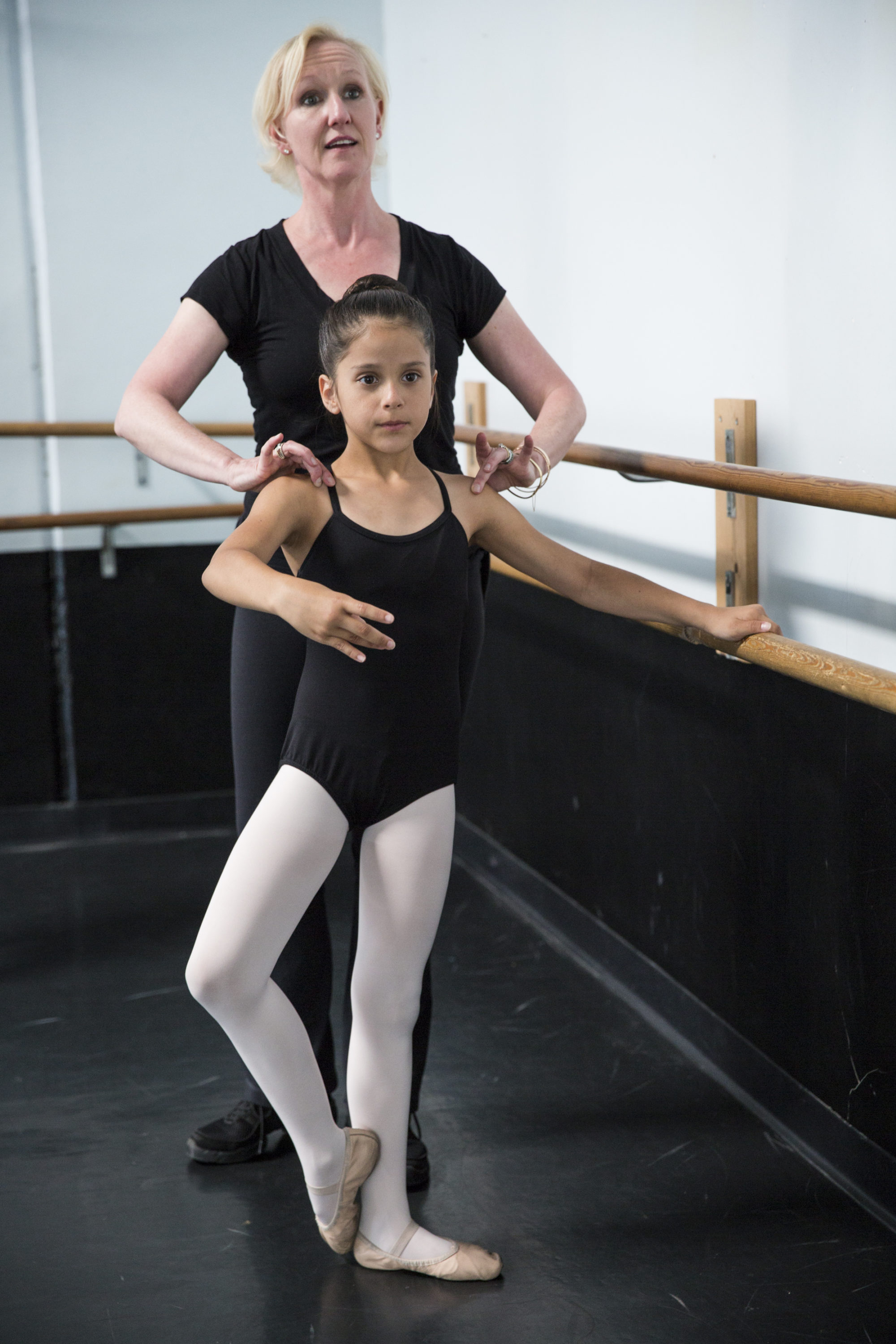 Alexandra Dickson was born in Whitehorse, Yukon Canada. She trained at the nationally acclaimed Goh Ballet Academy in Vancouver, B.C. for 10 years, and on full scholarship at Pacific Northwest Ballet. Ms. Dickson joined PNB as a corps member in 1990, and after two years returned to her native Canada to work with internationally revered dancer, choreographer, and Ballet B.C. Artistic Director John Alleyne. It was during her time with Ballet B.C. that Ms. Dickson danced bold, dynamic works by cutting-edge choreographers and built a new vocabulary that shaped her career. She toured throughout Canada and the U.S. performing works by choreographers such as William Forsythe, Paul Taylor, John Alleyne, and James Kudelka.

Ms. Dickson retired from Pacific Northwest Ballet in 2007 following the birth of her second son, and after completing her full Stott Pilates Certification she was hired to manage the PNBConditioning program. From 2007 to 2014, Ms. Dickson performed with Seattle Dance Project in featured works by Edwaard Liang, Molissa Fenley, Donald Byrd, Hilde Koch, including the leading role in Liang’s Flight of Angels and To Converse Too. In 2011, Ms. Dickson was invited to perform the magical role of The Blue Fairy in PNB’s production of Pinocchio.

After the birth of their daughter, Ms. Dickson and her husband (professional ballet dancer and choreographer Timothy Lynch) moved their family to Columbus, Ohio to join BalletMet. Ms. Dickson assisted the Artistic team at BalletMet as children’s ballet mistress and staged the gorgeous works of internationally acclaimed choreographer Edwaard Liang for Theatro Municipal, Rio de Janeiro, Washington Ballet, and Eugene Ballet. In 2016 Ms. Dickson performed as guest artist the role of Stepmother in Edwaard Liang’s production of Cinderella.

In 2017, Ms. Dickson and Mr. Lynch founded Lynch Dance Institute in beautiful San Diego. They saw a need in the dance world for an outstanding option where students could receive the best training available without the emotional baggage that often comes from conventional dance classes. LDI’s unique philosophy considers the whole child, because a well-trained dancer starts with a whole human being. They nurture, inspire, and truly educate their dancers to be proud, self-aware, supportive, self-motivated, highly-trained individuals – qualities that have successfully proven to make the difference for LDI’s dancers in the professional dance community, but more importantly in their world at large.

Ms. Dickson continues to gain inspiration outside of the studio, educating herself in the latest approaches and techniques based in movement science. She uses her tremendous life experience and continuing education to do incredible work with the dancers at Lynch Dance Institute.

“I adore my time in the studio with my students. I find such satisfaction in passing on all the good that I have been so very fortunate to experience during my very rich and personally fulfilling professional career. It is a true privilege to be an educator, to learn and grow together as humans and artists. It is my honor to encourage and guide every one of my students towards embracing who they are and all they are capable of.”